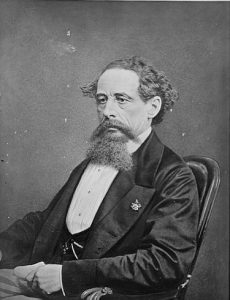 I do not find it easy to get sufficiently far away from this Book, in the first sensations of having finished it, to refer to it with the composure which this formal heading would seem to require. My interest in it, is so recent and strong; and my mind is so divided between pleasure and regret — pleasure in the achievement of a long design, regret in the separation from many companions — that I am in danger of wearying the reader whom I love, with personal confidences, and private emotions.

Besides which, all that I could say of the Story, to any purpose, I have endeavoured to say in it.

It would concern the reader little, perhaps, to know, how sorrowfully the pen is laid down at the close of a two-years’ imaginative task; or how an Author feels as if he were dismissing some portion of himself into the shadowy world, when a crowd of the creatures of his brain are going from him for ever. Yet, I have nothing else to tell; unless, indeed, I were to confess (which might be of less moment still) that no one can ever believe this Narrative, in the reading, more than I have believed it in the writing.