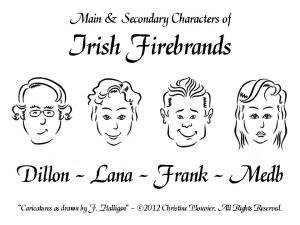 Tomorrow, May 8th, is the birthday of main character Dillon Carroll. The year and some of the circumstances of his advent are found in Chapter 3 of Irish Firebrands. Other details are not revealed until Chapter 30.

Lana’s birth date is not given, but she admits to being “over 50,” and not long after meeting Dillon, she estimates that he’s about ten years older than she is.

Frank’s birthday is September 1, which we learn in Chapter 16. In Chapter 8, Lana estimates that Dillon may be about five years older than Frank.

Medb tells Lana, in Chapter 8, that her birthday is at the “end of December.” When she turns 18, she makes it her excuse to misbehave, as she reports to Lana in Chapter 26.

In honor of Dillon’s birthday and the publication of Irish Firebrands, for a limited time curious readers can sample the first half of the book in PDF, available on the dropdown menu under SAMPLE CHAPTERS, on the main menu, above. After May 19th, the 50% preview will revert to Chapter 1, matching or approximating most of the other samples now available online.

Irish Firebrands
is available in digital and paper
through  libraries and booksellers, worldwide.

My second Work-in-Progress now has a name and a face.

Please welcome the next future member of the Irish Firebrands family saga (click image to enlarge):

My current WIP, and next in line for publication. Click to enlarge image. 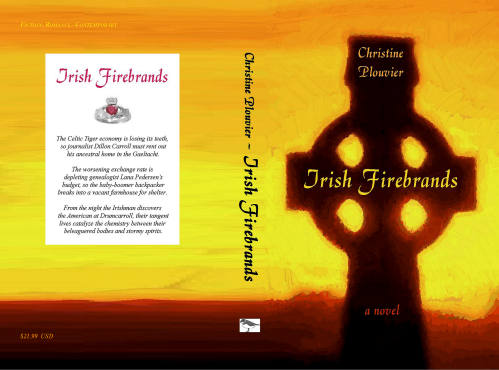 The story that started it all. Click image for large view.

My First Reader contacted me, to say that Irish Firebrands has showed up in her local library: 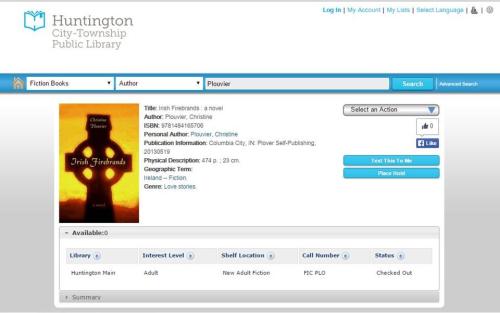