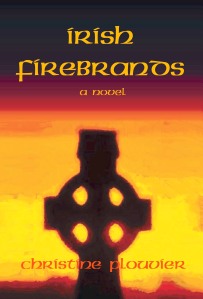 Now, a Word from Our Sponsor:

How far will a man go, to know his father? To be a father?

Travel with Dillon and genealogist Lana Pedersen,
who becomes his last hope for reconnecting with his roots,
and with the meaning of his life: to fulfill his dream
of belonging somewhere, to someone, forever.

Go there for Father’s Day, in Irish Firebrands. 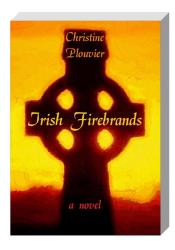 I’ve been surfing sites and boogying through blogs that have to do with The Great Boomer Lit Controversy. Is this new genre legit? Or is it just a figment of the self-absorbed imagination of the “Me Generation”?

Believe it or not, there are voices shouting on both sides of the cultural divide about this. It’s the hottest marketing question since, “Does she or doesn’t she? Only her hairdresser knows for sure!”

Frankly, when I started writing Irish Firebrands, the awareness that all but one of the important characters (and most of the unimportant ones, too) had already celebrated (?) one, two, or three Black Balloon Birthdays never occurred to me. I was just having the time of my life watching my imaginary friends get into all kinds of hot water, despite their having male pattern baldness, crows-feet, bifocals, graying hair, achy joints and middle-age spread. Because of my already having reached A Certain Age, myself, writing about such things was no big deal – I was far more interested in finding out what was going to happen next to tie their brains in knots, entangle them in mysteries, heat up their love lives, and make them stumble on the Road to Hell That’s Paved With Good Intentions.

I came to the conclusion elsewhere on this blog that Irish Firebrands is a Boomer Lit, Romantic, Inspirational, Paranormal, Psychological Melodrama.* It crosses so many genre lines, it defies a static definition – just like the kind of life you may come to understand that you’ve lived, once you realize that you’ve left your youth behind.

In other words, I just wrote what I knew, in the kind of book I wanted to read – a Real Adventure.

How would you market that?

*Hey, I had a “midlife moment” and forgot to tack “Literary” onto the front end of that. Would you do it for me? Thanks!

It had seemed like a good idea at the time – rather like Lana’s notion of becoming an American expatriate consulting genealogist and researching her way around the world on tourist visas. She’d been part of the baby boomer backpacker generation, and it would be like going back to her roots. Armed with her new credentials as a certified genealogist, she’d travel light and go far on her savings, supplemented with research commissions. Her first client having engaged her to research in Ireland, she’d found a tenant for her house and a buyer for her car. Then she’d invited her kids to dinner to break the news.
“You’re doing what?” they chorused.
“Vagabonding – in style. Bag lady, par excellence!”
“Mo-om! Now, stop it!” Beth, her eldest, mothered everybody, even Lana.
“I’m not joking.”
Middle child Drew saluted her with his goblet of sparkling grape juice. “Here’s to those who fail to remember the past,” he intoned.
Lana had rolled her eyes. “Thanks for your vote of confidence, Santayana.”
Nick, her streetwise youngest, cocked a practised eyebrow. “Mum – have you thought this out?”
“Bishop Swanson knows,” she’d said.
The kids exchanged glances.
Well, I didn’t say he approved. She’d recently returned to full fellowship in the Church, so that wasn’t surprising. But how better to launch a new life, than by closing the circle of the old one?
“Look – I promise to stay in touch. Besides, I’ll be attending church over there. I found the meetinghouse online – I even have the bishop’s phone number.”
The looks on their faces told her they were not quite convinced of her sanity.
“Come on – have you ever known me not to do something, once I set my mind to it? Besides, it’s just another one of life’s great adventures.” That was Lana’s old motto, the one that had always got her through.

Filed under How I write, Literature, Reading, Uncategorized, Writing