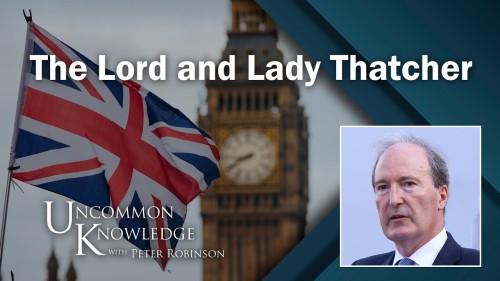 “I do have a theory about writing books, which is that if you wonder whether a book should be written, you probably shouldn’t write it. You should only write it because you really must write it.”
~ Charles Moore (Lord Baron Moore of Etchingham), author of The Lord and Lady Thatcher; interview on Uncommon Knowledge with Peter Robinson (recorded December 14, 2020, aired January 12, 2021; see 57:47-57:58). https://www.hoover.org/research/lord-and-lady-thatcher

Book Review: Michael Collins: The Man Who Made Ireland (Coogan) 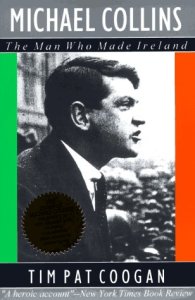 Michael Collins: The Man Who Made Ireland.

Millionaires can spend their surplus wealth bestowing libraries broadcast upon the world. But who will say that the benefits accruing could be compared with those arising from a condition of things in which the people themselves . . . were prosperous enough to buy their own books and to put together their own local libraries in which they could take a personal interest and acquire knowledge in proportion to that interest?
~ Michael Collins (Oct 16, 1890-Aug. 22, 1922), as attributed in ‘The Path of Freedom,’ Talbot Press, 1922, and quoted by Tim Pat Coogan.

Above is one example of how Coogan enlarges the reader’s perception of Michael Collins: not just as an intelligence operative, guerrilla, or politician, but as a reflective person; nevertheless, the verdict of history inevitably must be that Collins was insufficiently sophisticated to play both ends against the middle with a reasonable expectation of any degree of success, or even of his personal survival of the exercise.

As an essentially self-made man, Collins was sharp, but his intelligence was more factual than interpersonal. His being a poor judge of character – including his own – resulted in a naïveté that led him to pursue political compromises that compromised nothing but the achievement of his vision of an independent Ireland. Collins overloaded himself with responsibilities, so he ended up fulfilling none of them as well as they needed to be. Winston Churchill is on record trying to talk sense into him about attempting to appease his opponents by his having drafting a Constitution that conflicted with the Treaty, as well as advising against Collins’s pact with the devil (Eamon de Valera). His completely misplaced confidence in de Valera ultimately led directly to Collins’s untimely death.

De Valera’s walkout after the Treaty vote was calculated to change the political question into one of physical force: which “strong man” had the most power? The “Big Fella” or the “Long Fella?” When Collins sought to establish common ground with his rival by writing a Republican Constitution and facilitating anti-partition violence in the Six Counties, all he succeeded in doing was to undermine the fledgling Irish Government as well as to weaken his own position, by enabling more dissenting factions to spring up: everybody had a better idea that they and their own followers wanted to see implemented, which multiplied the competition between personalities – and complicated Collins’s juggling act by pitching more plates into the air. Chapter 10, “Wading Through Blood,” is a harrowing account of how Collins’s attempts to have his cake and eat it, too, spun out of control. De Valera survived to become the de facto dictator of Ireland, but in light of what I learned about modern Ireland during my cultural immersion research for writing Irish Firebrands, it’s by his failings that Michael Collins became the founding father of Ireland.

The writer’s voice comes through in a way that makes the recitation of biographical and historical details sound like a personal conversation with a storyteller: history as “his story.” Very readable and highly recommended.